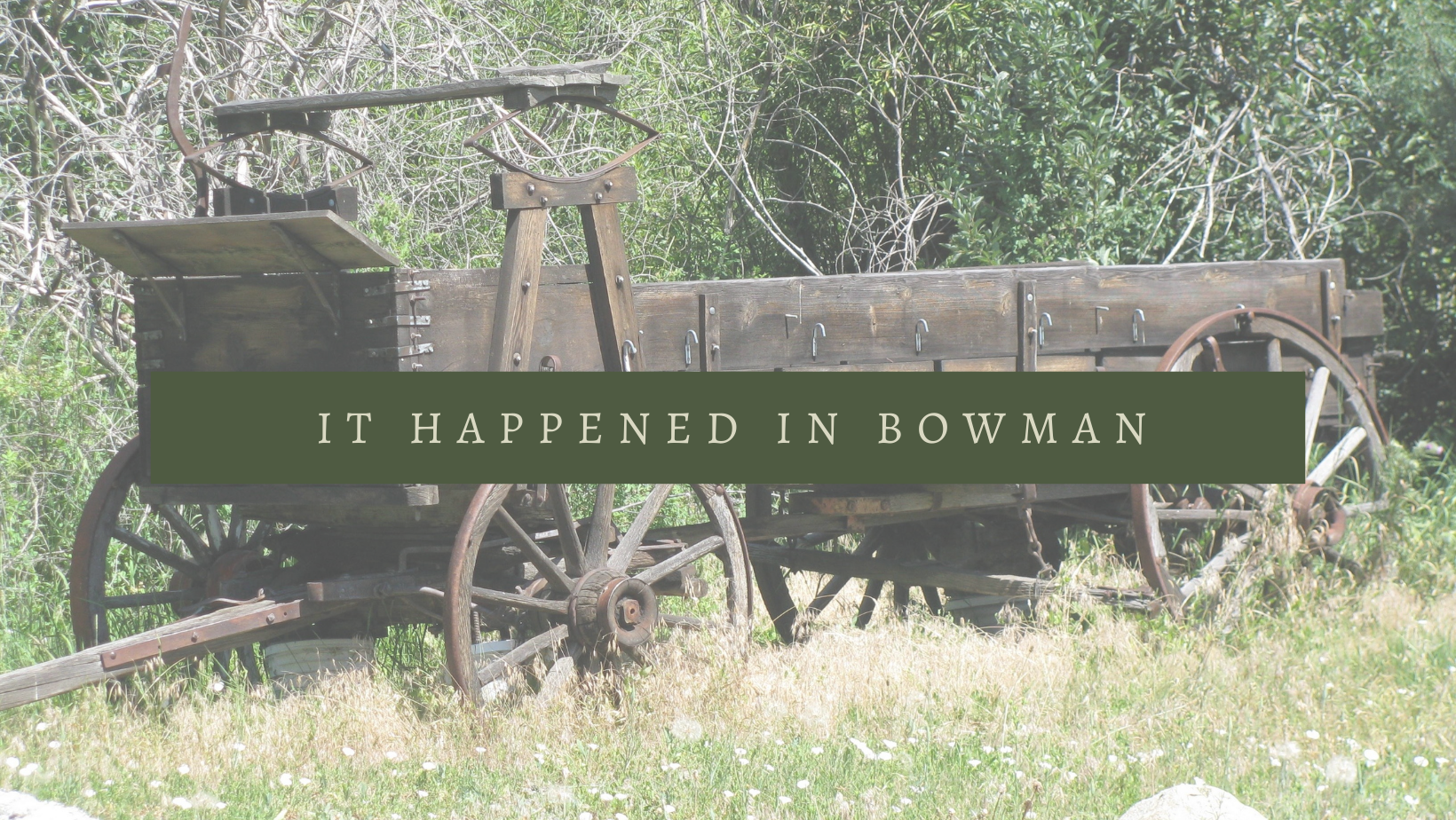 It Happened in Bowman 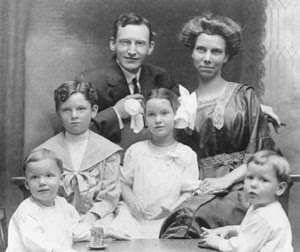 Kate and Frank O’Hare with their children 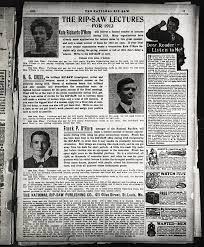 The National Rip-saw. The Newspaper Kate wrote for 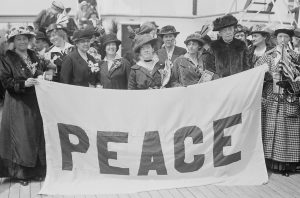 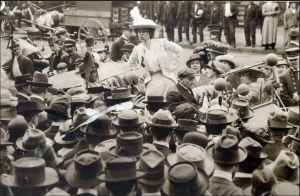 Kate after she was sentenced to 5 years of hard labor

Kate was born in Kansas on March 26, 1876 as Carrie Katherine Richards. Her father- Andrew- was the son of slave owners. He grew to hate the establishment. Andrew ended up fighting for the Union in the Civil War. After the war, he moved to Kansas and married Lucy. They raised 4 children, including Kate, with socialist ideals.

Kate grew up in her Kansas home and worked as an apprentice machinist before moving to Nebraska to be a teacher. There she joined the socialist movement. She enrolled in the international School of Socialist Economy in Girard, KS. This was a 12-week program emphasizing public speaking, debate, grammar, and parliamentary procedure.

In October 1901, she was in a class of 24 students, including Frank P. O’Hare. They met and decided to marry four days later. After the completion of the class, they married in December 1901 with the teacher officiating. The couple moved to Kansas City, Kansas where Kate became a journalist in support of the socialist cause.

Her activities did not stop there. In 1910, she ran for Congress in Kansas as a socialist. After losing, she and Frank moved to St. Louis. There Kate wrote for the National Rip-saw. She championed reforms for the working class and toured the country as an orator.

After America entered the Great War in 1917, Kate led the socialist Party’s Committee on War and Militarism. That brought her to Bowman, North Dakota on July 17, 1917.

A citizen in Bowman had invited her to speak. He sold tickets to the event at 25 cents apiece. She gave the same address she had given in 70 other cities. This included her supposedly saying:

This statement is obviously inflammatory – if it was actually said. Reports vary as do O’Hare’s written version of the speech. As stated, she had delivered this speech over 70 times – including in front of secret service – without incident, but in Bowman she was caught up in a heated feud.

In 1907, James E. Phelan moved to Bowman County. He was a successful farmer and built the First National Bank in town before the railroad even reached town. Suffice it to say, Phelan was an important man. He threw in his lot with the town and helped it grow.

But he was very ambitious. He wanted to round out his career with a seat in the legislature. He was unsuccessful due to the shifting politics in the state. Still, he blamed something else – or someone else.

The Tottens took issue with Phelan’s more conservative views as well as his tendency to place his “henchmen” in positions of power. Both parties were accused of libel as tensions grew hot.

When Kate O’Hare arrived, Mr. and Mrs. Totten attended the lecture along with 141 other people. Phelan saw his chance.

Sentiments turned against the Tottens. Phelan went to Fargo to secure Lillian’s indictment, but she was found to have done nothing wrong.

That is when Phelan turned his sites on Kate O’Hare. He is quoted saying:

With this conviction, Phelan would surely have his way and Lillian would be removed as Postmistress.

Kate Richards O’Hare was a stranger to Phelan. He had not even attended the meeting where she had supposedly said the inflammatory words. After failing to secure Lillian Totten’s indictment, he turned on Kate instead. Phelan was after the Tottens, but Kate O’Hare was a casualty in his fight with the family.

On July 29, 1917, Kate was arrested in Devil’s Lake for violation of section III of the Espionage Act of 1917. This charge claims that she had interfered with the draft. She was sentenced to five years hard labor at a federal penitentiary under charges of sedition. With no federal penitentiaries for women, she was sent to the Missouri State Penitentiary in 1919. She was officially pardoned in 1920 after a nationwide campaign to free her.

The conditions in the Missouri State Penitentiary were abysmal. Kate joined with prominent anarchists Emma Goldman and Gabriella Segata Antolini to improve prison conditions across the country. In 1922, she led the “Children’s Crusade” – a cross country march to prompt President Harding to release others convicted from the same Espionage Act of 1917. Women and children stood outside the gates of the White House for 2 months before Harding met with them. He then released the prisoners.

Kate O’Hare continued to work in politics, but her fame waned. She died in Benicia, CA in 1948 surrounded by her children.