Conservation and education through publishing, curatorship, research, and displays. 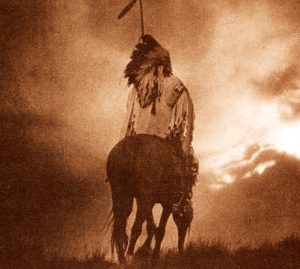 This region of the country has a wealth of fascinating Indian history and culture. Sitting Bull, Four Bears, Running Antelope, George Armstrong Custer, General Crook, Buffalo Bird Woman, Rain-in-the-Face, these are just some of the famous names that played a role in the drama of life here. On display is the beauty, power, and spirit of the legendary tribes of this area. Through historic and contemporary photographs, stone and bone artifacts, rock art images, plant samples, quotations, art prints, text, animal hides and skulls, feathers, and beadwork, their compelling story is told.

The Mandan, Arikara, and Hidatsa were well known for their gardens, in which they grew squash, melon, sunflower, corn, and beans using tools made of stone or bone. Other stone artifacts include projectile points from Paleo-Indian, Archaic, Late Archaic, Middle Woodland, Late Woodland, Plains Village and up to the Historic Period. 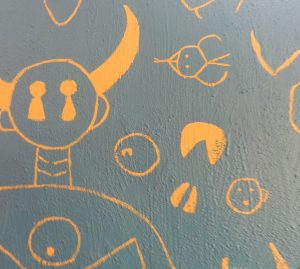 Access to the collections is limited and all interested individuals or institutions are asked to contact the Archaeology Department about your requests, prior to arrival. All requests for access to the research documents and / or collections must be received in writing no later than 30 days prior to arrival. Please submit your request directly to the Archaeology Department briefly stating the intended purpose for the visit, what document or item(s) you wish to view, and your planned arrival date. An Archaeology Department representative will be in contact with you. Requests received by e-mail, fax, or letterhead are all appropriate. 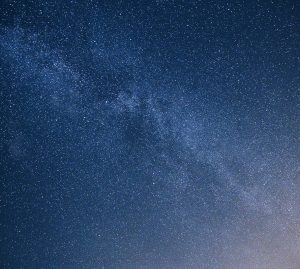 Are you interested in the stars? Or do you find yourself looking up at the sky instead of in front of you? Come help us develop this department.

This department needs volunteers and people with an interest in the skys. Please contacts us to express an intrest. 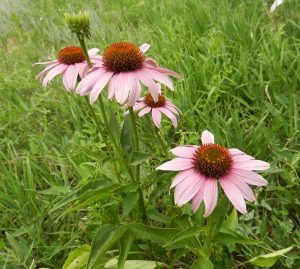 The Dakota prairies are the stuff of legend. Vast herds of buffalo, earth lodge villages, Sitting Bull and his Lakota warriors, cowboys, homesteaders, sheepherders, and pioneers all contributed to the rich and colorful history of this region. It was the prairie that drew them here, and it was the prairie that sustained them. In the course of settlement, the animals, the people, and the prairies themselves went through many changes. Today the prairie exists only in scattered remnants, and is much different from its original condition.

We need volunteers and people with an interest in native plants and landscapes. Please contact us if you are interested in volunteering.

The Genealogy Department is one of the newer departments and is still being developed. Our collections include a fairly extensive file of births, deaths, and marriages.  We have several cemetery records and numerous reference and local history books. We also have a microfilm/microfiche reader/printer and several rolls of film for research purposes. The films include a large number of the early newspaper files, and there is a paper archive of the first one hundred years of publication by the Bowman County Pioneer.

Our staff is willing to help with all types of family research, and our rates are very reasonable.

We have the following city and county histories available for genealogy research:

CITY:
We have the following city histories available for genealogy research:

COUNTY:
We have the following county histories available for genealogy research: 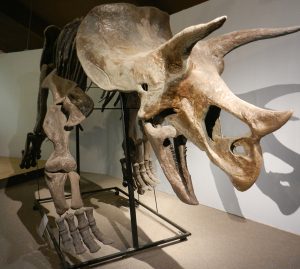 The demise of the dinosaurs and the changes in local paleoenvironments are just a couple of areas in which the Paleontology Department has been researching over the past decade. This research is conducted in the rugged landscapes along the Little Missouri Badlands drainages in southwestern North Dakota.

The Badlands in the area represent the last geographical times from the Cretaceous Period, which was home to the dinosaurs, giant marine reptiles and extinct exotic plants. Research teams associated with the museum have been working in these ancient environments collecting fossil vertebrates, invertebrates and plants to try to reconstruct what was present here million years ago. As a result of these studies, clues are emerging as to how the plants and animals were interacting, how abundant they were and what the area was like when the meteor impact occurred on the Yucatan Peninsula at Chicxulub wiping out the dinosaurs.

The fossil remains of these plants and animals are brought back to our museum where they are curated and studied. Some of these specimens are on display in the museum depicting the results of our findings. Research results have been published by museum staff and other collaborators in the leading scientific journals.

The museum also studies, collects and curates vertebrates, invertebrates and plants from 73 million years old marine deposits up to the youngest deposits of the area, which are 28 million years old. Some of the animals that have been found are mosasaurs, plesiosaurs, dinosaurs and early mammals that include camels, rhinoceroses, horses, and giant pigs.The demise of the dinosaurs and the changes in local paleoenvironments are just a couple of areas in which the Paleontology Department has been researching over the past decade. This research is conducted in the rugged landscapes along the Little Missouri Badlands drainages in southwestern North Dakota.

PTRM’s local history displays and exhibits cover territory within a 100-mile radius of Bowman, North Dakota, including parts of Montana and South Dakota.

Photographs, artifacts, and archival materials depict an era rich in Western history and lore, from the earliest cattle drives from the Southwestern states, to the establishment of huge open range ranches, such as the HT, the Hash Knife and the OX; the first independent small sheep and cattle ranchers, and finally the arrival of homesteaders in the early 1900’s. This “sea of grass,” the last great open range in the United States, attracted six million head of cattle trailed here between 1866 and 1885. The fascinating details of cowboy and ranch life, their horses and equipment, rodeos, a sheep herder’s life, farm implements, schoolrooms, tiny little post offices, and housekeeping in a homestead shack are on exhibit.

The Bowman County Historical and Genealogical Society published the book, A History of Bowman County 1907-2007, as part of the Bowman County Centennial in 2007. An authentic sod house was constructed in the spring of 2006, located on the east museum grounds.

Recently, collections of oral histories, films of local events, and historic photographs have been digitized thanks to a preservation grant from the North Dakota State Archives. Funds are being raised for a history project to place historical markers at the sites of early schools in the area.

Now in the planning stages is a complete replica of Main Street, 1910, to depict life in the once-thriving small towns along the Milwaukee Road railway that ran east to west across this part of the country, known as the Last Frontier. A building on the east grounds of the museum is being prepared to house this exhibit.

This winter new exhibits will be installed on the different trails that went through the area (cattle, military, trade, etc.), along with an exhibit of Messer Pottery and rotating local history displays.